As Kitty mentioned, this weekend we had a bit of a sew-off, using the scribbly knit I found the other day.

Since I was frankensteining two different patterns, I thought I should muslin in some cheaper fabric. I don't usually do muslins, but I knew this would be a wearable one if it turned out. This was also a good chance to do more coverstitch practice. I did about 1/3 of the stitching on the sewing machine for the Rosie Scribble (the muslin), much less on Newt (I call her that because she is mostly sewn on the Overlocker... mostly.*)


I frankensteined Simplicity 2364 view b with the lower dress from an a-line knit dress pattern that has mysteriously disappeared (note to self: clean cutting table). Aha, found the pattern I used for the dress part - Simplicity 4697 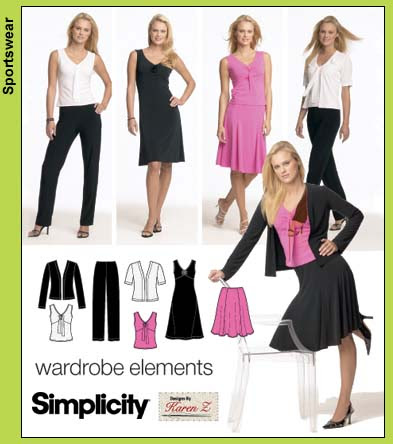 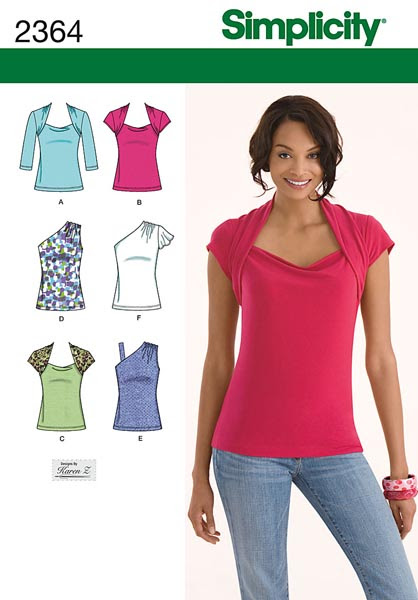 This time I actually traced everything off onto interfacing rather than just pinning it all in situ on the fabric - yay for repeatable experiments! 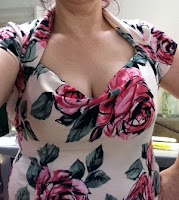 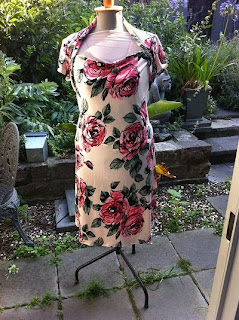 Wearable muslin for the win! I think I'll wear her to work tomorrow.

So... heeeere's Newt my for real scribbly contender. I lengthened it about 4" (yeah, I know, but I seem to sew half in metric and half in imperial!). She will also be worn in the coming week. 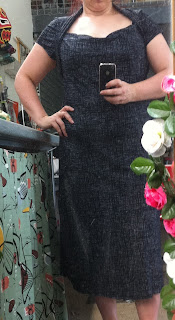 * points if you got the Aliens reference
Posted by moggy at Sunday, January 16, 2011 6 comments 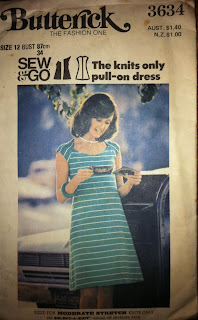 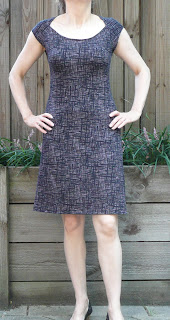 Moggy found this lovely scribbly patterned knit a while ago, and was kind enough to get some for me.
Today Moggy and I decided to sew it up, into very similar frocks as it happens. Does finishing first mean I won? I think it does. I didn't do a muslin though, so Moggy will have two frocks sewn today. Maybe I get line honours, like in the Sydney to Hobart, but Moggy wins overall.

So really, we're both winners!

This is the first pattern I've used from the auction lot too! Very easy, only two pattern pieces, and no darts! (well, a little one in the back armhole...quaint)
Posted by kitty at Sunday, January 16, 2011 4 comments